As we study through American history at the elementary level, we are learning about and memorizing important American documents. Before homeschooling, I had never heard of the American's Creed. I think it is a beautiful statement of loyalty to our country, and am glad for the opportunity to learn it.

It was written in 1917 by William Tyler Page.  Page, who had many influential Americans in his family pedigree, wrote the creed as a summary of American principles. After entering it into a national contest, his was selected as the best, and accepted by Congress in 1918. At the time, America was engaged in the "Great War", World War I, and patriotism was running high. 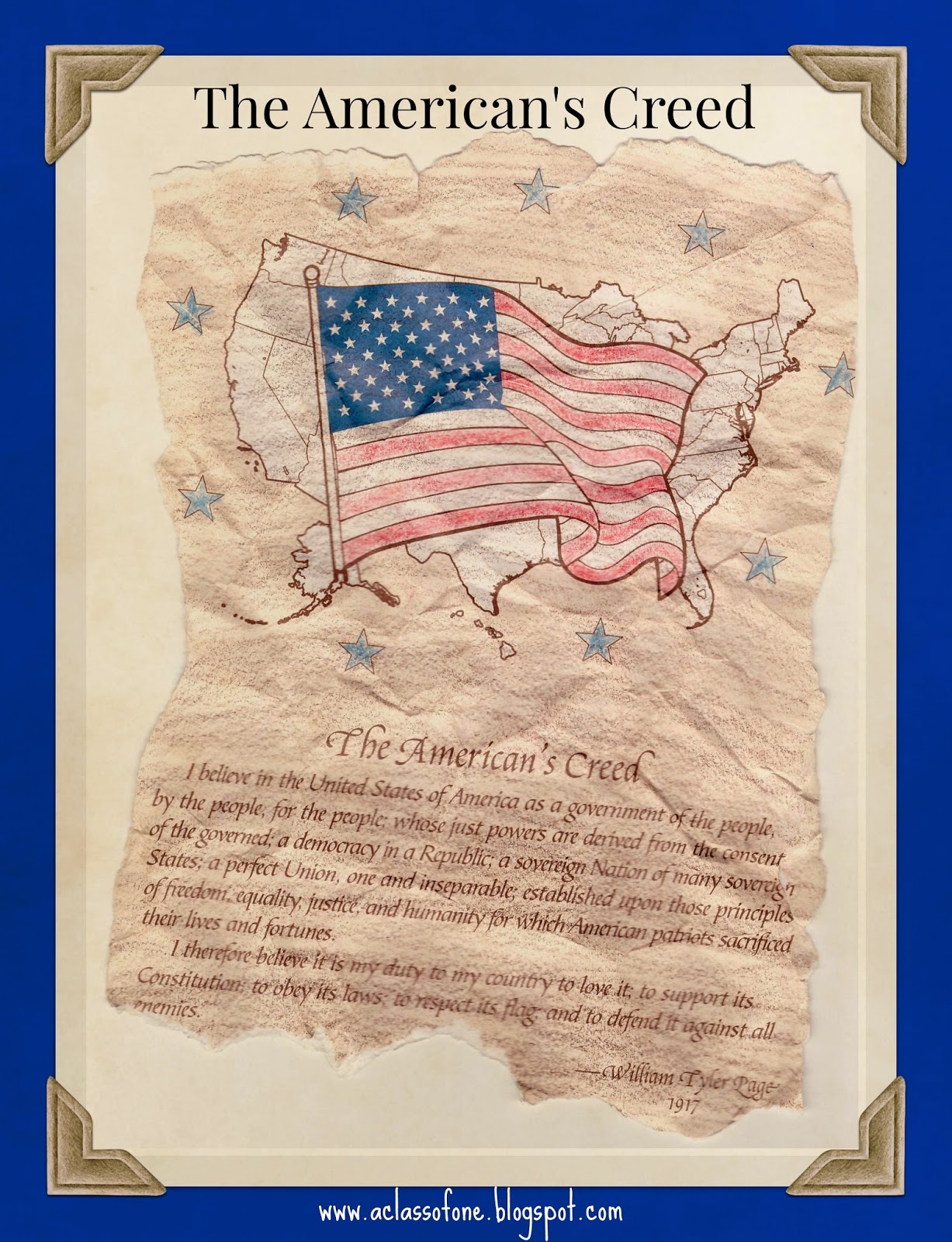 We recently completed this project. Kelly colored the paper and crinkled it to make it look "antique". She also memorized the American's Creed, which combines distinct principles from several great American documents, namely the Declaration of Independence, the Constitution, and Lincoln's Gettysburg Address.

Here are the words:

"I believe in the United States of America as a Government of the people by the people, for the people, whose just powers are derived from the consent of the governed; a democracy in a Republic; a sovereign Nation of many sovereign States; a perfect Union, one and inseparable; established upon those principls of freedom, equality, justice, and humanity for which American patriots sacrificed their lives and fortunes.

I therefore believe it is my duty to my Country to love it; to support its Constitution; to obey its laws; to respect its flag, and to defend it againest all enemies."


Many like to complain about America in 2015. Our government and leaders are often at odds with all that is fundamentally good and right with this country and it's people. But it is still the greatest country on earth, and I am so blessed and thankful to be an American. It is a privilege - one that I did not choose for myself, as I was born here, but one that I am so grateful to have for myself and my children.

Perhaps you would like to incorporate the American's Creed into your home school day as well!

Copyright 2012-2015 - "Be The One" - www.aclassofone.blogspot.com  All rights are reserved. No text, photos, or content may be reproduced without direct permission from the author.
Posted by Unknown at 11:16 AM