GPA LEARN has produced a really fun, animated online Math program for homeschoolers in grades K-5. Each grade level in this program has about 150 lessons with over 10,000 practice problems, which composes an entire grade level of stand alone math instruction. We recently were able to try out GPALOVEMATH at the fourth grade level for Kelly, and she has been just LOVING it! 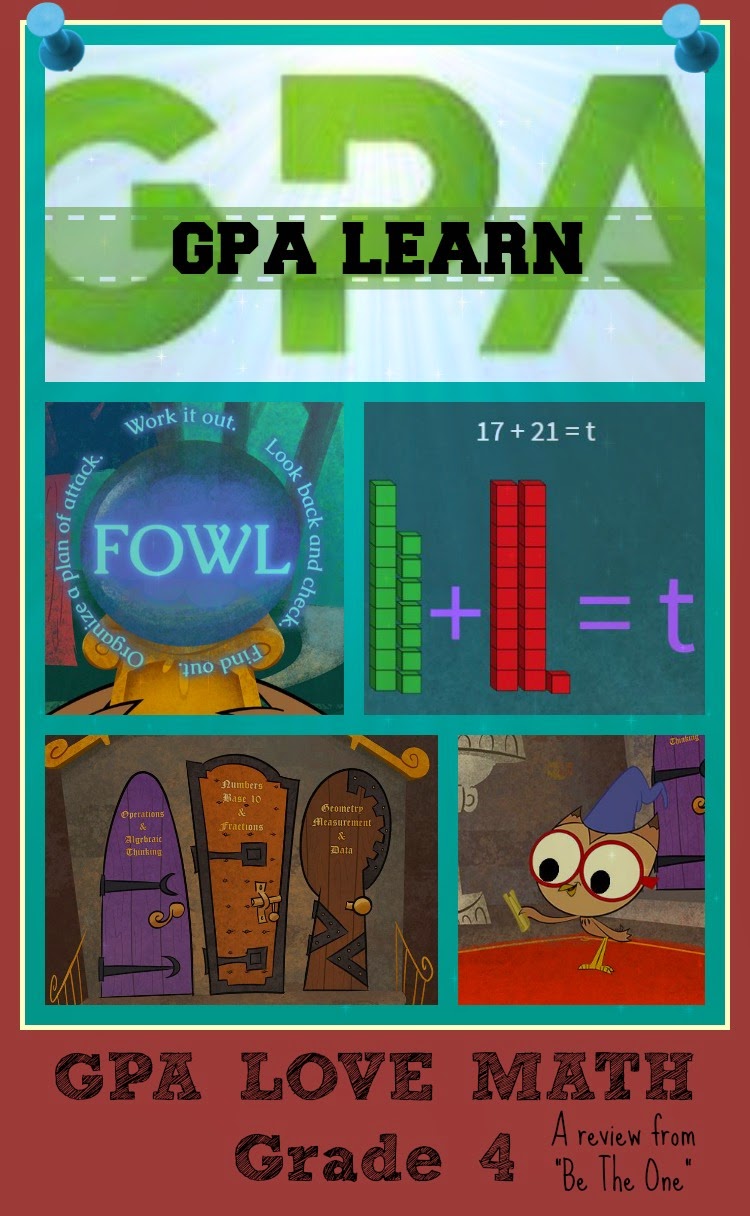 Getting Started:  After signing up for GPALOVEMATH, I selected Kelly's grade level, and easily began the program. It is web-based, and must be used online. The company recommends using the Google Chrome browser. We did get it to work in Internet Explorer, but had a few glitches to work out. 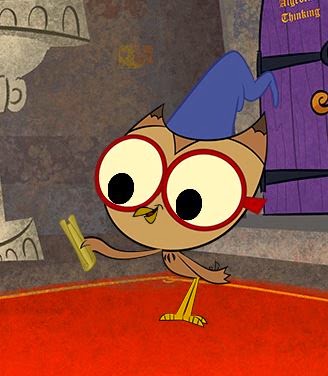 Kid-friendly: Each grade level has an animated character as the guide through the lessons. The lessons are presented as an animated adventure. Kelly's fourth grade lessons were a "quest for knowledge" led by Pemdas, a very wise owl.

A Walk Through The Lessons:

The story begins when the student, led by Pemdas, enters into one of three doors, indicating what type of math they will be completing. In the fourth grade program, there are three paths of learning: 1) Operations and Algebraic Thinking, 2) Numbers, Base 10, and Fractions, and 3) Geometry Measurement and Data. 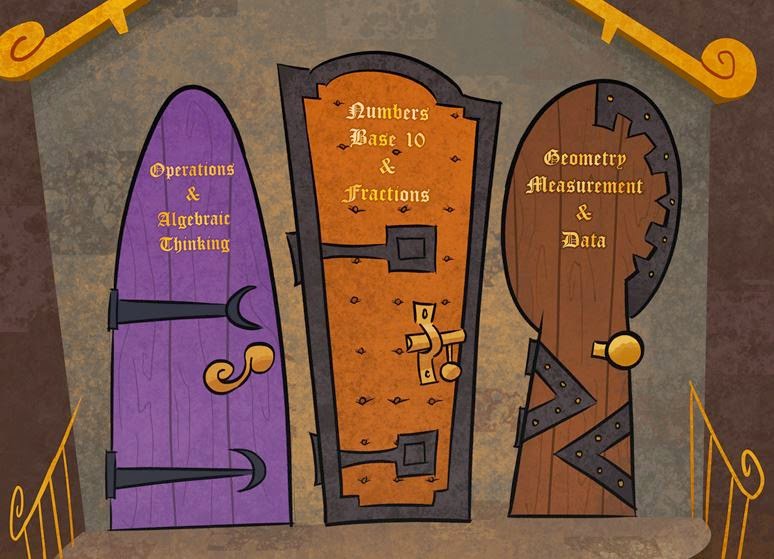 The student's dashboard will show the three paths, allowing the student to choose the path and lesson. The lessons are locked, giving the student access in a balanced way, as they work through the paths. They cannot go ahead in one area and totally neglect the others. Also, they will not be exposed to new concepts until they have learned the pre-requisite concepts found in other paths. As the student completes lessons, they are marked to make it very easy and obvious where they left off, and what is available to work on next. 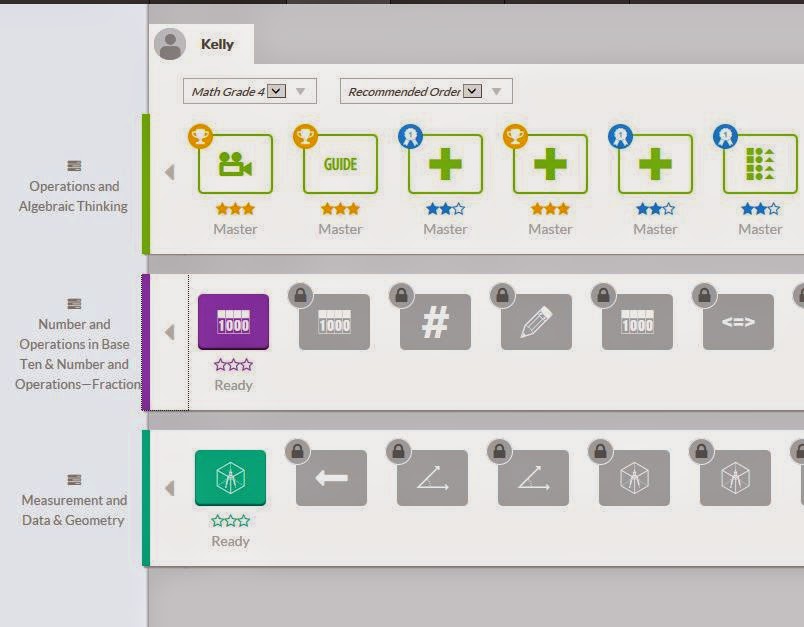 Parents also have complete access to the lessons, and can either watch them first (test drive) or review them afterwards. It is very easy to switch back and forth between parent and student. The lessons are only marked as complete when they are done on the student's account. If the student and parent "test drive" them, it is not recorded as complete.

Each lesson consists of three parts - first, there is a slideshow with full instructions of the mathematical concepts being presented. After watching the instruction, the student can work on practice problems that give immediate feedback to let them know if they are answering correctly. When they feel ready to complete the lesson, they can take the quiz. The quiz has similar questions to the ones found in the practice area. The quizzes that Kelly has taken so far have given her 15 questions each. There is an opportunity for help if it is needed. 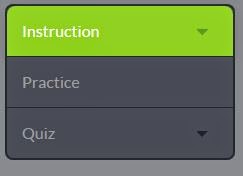 Quizzes are scored, and grades for the lesson are given, based on the number of questions answered correctly. If the student scores 9 or less correctly, the next lesson will not be unlocked. They are not allowed to move on until they have demonstrated a certain level of understanding, if not mastery (or close to it) of the concept. Badges are awarded as well, and marked on their dashboard at each lesson. 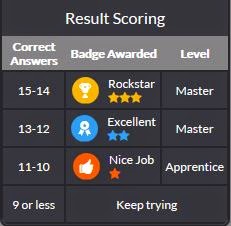 Lessons are very interesting, and I found them very thorough. A thinking pattern to solve mathematical problems is taught right in the opening introduction, and then reviewed regularly. It is called the "FOWL" method, which stands for 1) Find out. 2) Organize a plan of attack. 3) Work it out. 4) Look back and check. 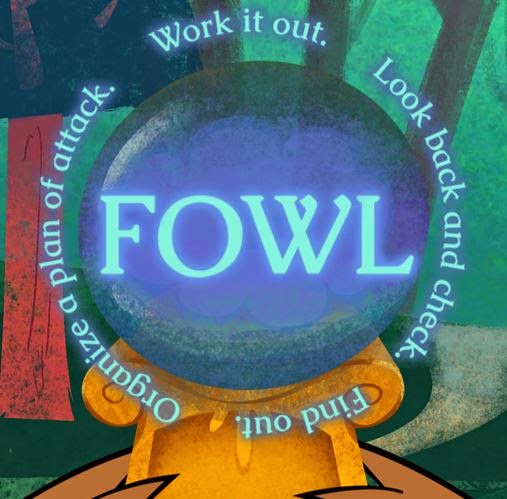 Problems are read to the student by Pemdas. The owl has a strange, robotic voice, which made Kelly laugh. Solutions and answers to problems are filled in with a variety of methods, including "drag and drop", multiple choice, or fill in the blanks. Here is a sample story problem screenshot: 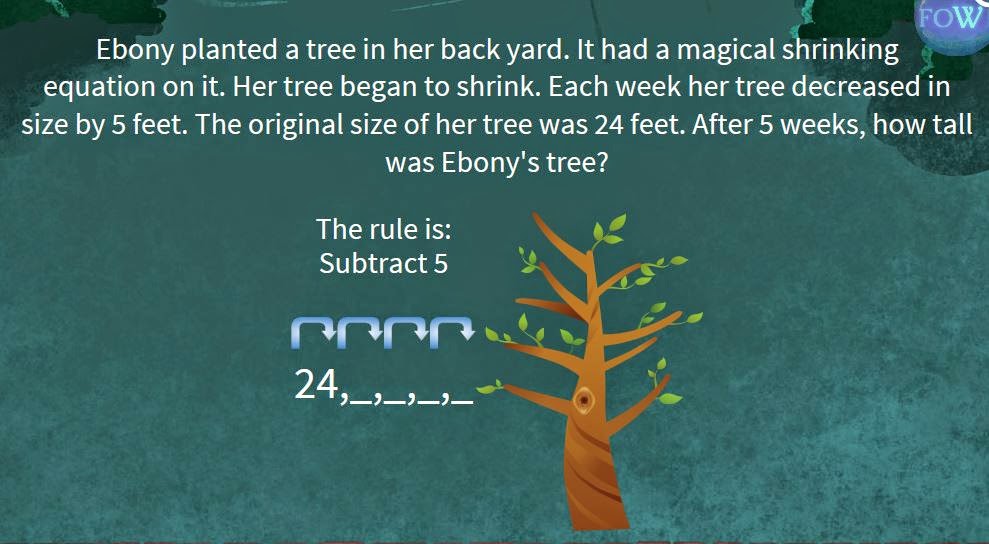 And here is a sample screenshot from a Base Ten lesson: 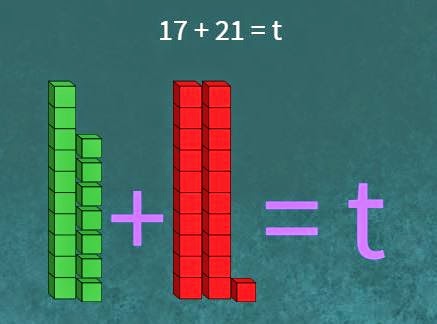 The most intriguing part of this program was the intricate rewards system that is built in to the lessons. Students earn points for engaging in the lessons and completing lessons with good scores. They also earn rewards automatically after every four lessons completed. There is an elaborate rewards board where either the parent or the student can choose rewards out of an extensive list of suggestions, or even customize their own choices. There are also a limited number of gift cards available from the company that the student can spend their hard earned points on. Kelly actually earned enough points to spend them on a Toys R Us gift card, which we received via email from GPALEARN. Other rewards that Kelly chose, or that I chose for her, included staying up 15 minutes late, having a parent do her chores for the day, or going for ice cream. The students can choose rewards for the parents to approve, or the parents can go into the 'motivate' section and organize the rewards as a surprise for the student.  Here is a screen shot of Kelly's rewards list: 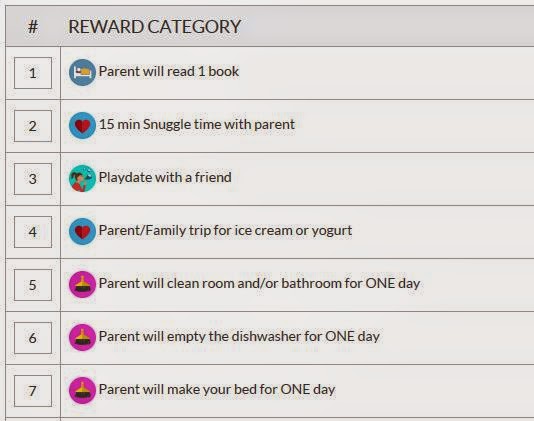 Parent Interaction: Immediately following every lesson, GPALEARN sends an email report to the parent, giving the details of the lesson that was completed, how long the child spent, whether they did all the practice or not, and what their quiz score was. It was great to have this immediate feedback and know exactly what was going on with the lessons in real time. GPALEARN also emailed a weekly summary for me to see Kelly's progress as a big picture. On the dashboard, there is a sliding scale that shows the student's progress through the entire grade level, and their estimated date of finishing the course.

Message Board: The program does have a message board where the student can connect with other users or the parent can leave the student a message. We did not use this feature, as I feel that Kelly was just too young for it.

How we used the program:  Kelly used GPALOVEMATH four times a week. Most times, she was able to complete an entire lesson, from instruction, through practice, and on to the quiz, in about 20-25 minutes. Most of the beginning lessons were pretty easy for her, so she has been able to work through them quickly. We had technical glitches several times, with lessons locking up, and losing the work. When this happened, Kelly had to start the lesson over again, which she found very frustrating. One good thing that came out of this was that I contacted customer service each time we had a problem, and found them to be extremely quick and helpful to work out the bugs and help us figure out the issue and fix it.

Kelly's favorite: If you have a child who is motivated by tangible rewards, then this program will be a delight to them. Hands down, this was the best part of the program for Kelly. She absolutely loved working towards a goal and earning a reward for her efforts. Doing four lessons a week, she was able to earn something special from her rewards list every week. When she earned enough points to trade them in for a Toys R Us gift card, she was ecstatic. It was very motivating to her.

My 'teacher' opinion: The program presents concepts in a very logical process. At first, I wondered if Kelly would be thrown off by the wording, since it was very different than the way she had learned some of the concepts. Whenever we hit a 'confusing' spot, we would look at it together, but Kelly needed very little help. This program has fostered independent study, and Kelly really took off with it. She has been able to master every concept so far. I was amazed at the complexity of the algebraic thinking path. It really lays a foundation for thinking algebraically, which will be very helpful to Kelly in just a few short years. In fact, I wondered if the lessons would be too much for her to grasp because I thought some of the algebraic presentation was somewhat complex for a fourth grader, but I was pleasantly surprised that Kelly was able to grasp it fairly quickly, and then demonstrate understanding when quizzed on it.

An Unforeseen Benefit: Kelly recently completed annual standardized testing. We do this every year to measure her home school progress. Since we use the national tests from Stanford, at times there are math concepts or problems that are presented differently then the way she learned them, because of the influence of Common Core or other curriculum. When Kelly was done with her testing this year, she informed me that some of the math was "a little confusing" but then she remembered the wording from her GPA lessons, and it helped her to know how to answer the questions on her test. I was very thankful to know that she had received this 'different approach' training and it proved beneficial to her.

If I Could Change Two Things.... I would insert some type of 'progress bar' inside the lesson, so that the student could see how far they have gotten, and how much was left. I would also make some provision for a student who might have to leave a lesson partway through, so that their work could be saved. Right now, if a student has to leave with a lesson partially done, they will have to restart that lesson from the beginning at their next login.

Overall, we really loved this program. Kelly has been using it almost daily, and we will continue with it over the summer to keep her sharp and get her ready for fifth grade!

Try out GPALOVEMATH for a free one month trial!

The Old Schoolhouse Review Crew just had 100 members try out GPALOVEMATH! To see what they had to say, click the banner below: