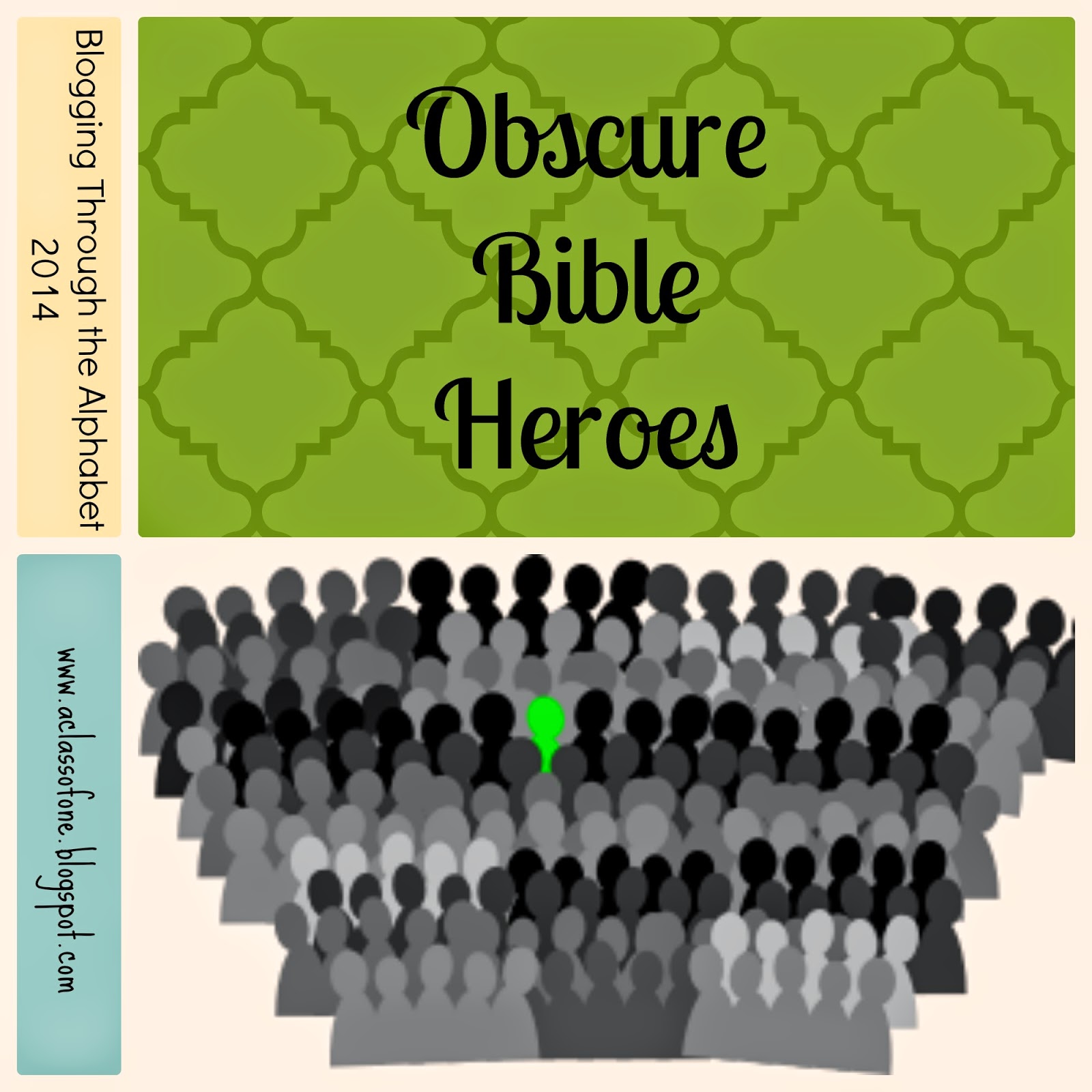 J is for Jochebed

Many Bible readers are familiar with the story of Moses - how he was born into an Israelite family of slaves in Egypt. We know of his narrow escape from certain death as a baby. We remember how he grew up in Pharaoh's house, and eventually returned to his Hebrew roots to lead the nation of Israel out of Egypt, through the wilderness, and to the brink of their new home in the Promised Land.

How often do we think of his mother - that dear woman who bore him, hid him, protected him from death, and wholeheartedly trusted God to keep him safe as she gave him up to Pharaoh's daughter? That amazing woman was Jochebed, named in Exodus 6:20 as the mother of Moses.

2 "And the woman conceived, and bare a son: and when she saw him that he was a goodly child, she hid him three months.
3 And when she could not longer hide him, she took for him an ark of bulrushes, and daubed it with slime and with pitch, and put the child therein; and she laid it in the flags by the river's brink.
4 And his sister stood afar off, to wit what would be done to him.
5 And the daughter of Pharaoh came down to wash herself at the river; and her maidens walked along by the river's side; and when she saw the ark among the flags, she sent her maid to fetch it.
6 And when she had opened it, she saw the child: and, behold, the babe wept. And she had compassion on him, and said, This is one of the Hebrews' children.
7 Then said his sister to Pharaoh's daughter, Shall I go and call to thee a nurse of the Hebrew women, that she may nurse the child for thee?
8 And Pharaoh's daughter said to her, Go. And the maid went and called the child's mother.
9 And Pharaoh's daughter said unto her, Take this child away, and nurse it for me, and I will give thee thy wages. And the woman took the child, and nursed it.
10 And the child grew, and she brought him unto Pharaoh's daughter, and he became her son. And she called his name Moses: and she said, Because I drew him out of the water."

It is difficult for me to even imagine the pain in this mother's heart as she gave birth to her son, knowing the edict from Pharaoh that all baby boys must be immediately killed. I recently mentioned the Hebrew midwives and the courage they showed to save these babies, but Jochebed completely took matters in her own hands when her son was born. She had a vision of what he could be, and put her life on the line to hide him away from the evil that was around her, trying to snuff out his life.

When it became apparent that she could no longer keep the baby hidden, she made a bold, daring, and drastic move. I can picture her weeping over that small vessel as she formed it with her hands, praying that her son's life would be spared. I am sure she begged God for wisdom to know right where the tiny ark should be floated. I can envision her sensitive, caring daughter drying her mother's tears and keeping a watch over the small vessel that held her baby brother.

What a miracle and answer to prayer it was that the baby's life was spared, and that Jochebed, his very own mother, was chosen to be the one to nurse him until he was old enough to be weaned and live with his adopted Egyptian family! Since the Bible clearly states that the Egyptian princess named him, I wonder if Jochebed had a 'pet' name for her son while he was with her.

I admire the courage and selflessness that Jochebed displayed in saving her son, and then in giving him away to another to raise, because doing so meant that his life could be spared. I am in awe over the circumstances that God allowed to happen, for Jochebed to be able to enjoy the extra years with her son, nursing him and training him in the Hebrew ways. He truly "did not depart from it" as a grown man, returning to his Hebrew roots, even though he had spent the majority of his childhood growing up as an Egyptian in Pharaoh's household.


As a mother, my prayer is that my life can be as dedicated to God as Jochebed's was, so that my children will experience real Christianity in the short time they spend growing up under my care. They are truly "arrows" that will one day be sent out into this world. I pray that they, like Moses, will always remain true to their God, and that my life will be one of devotion to teaching them His ways.

Copyright 2012-2014 - "Be The One" - www.aclassofone.blogspot.com  All rights are reserved. No text, photos, or content may be reproduced without direct permission from the author.
Posted by Unknown at 4:00 AM