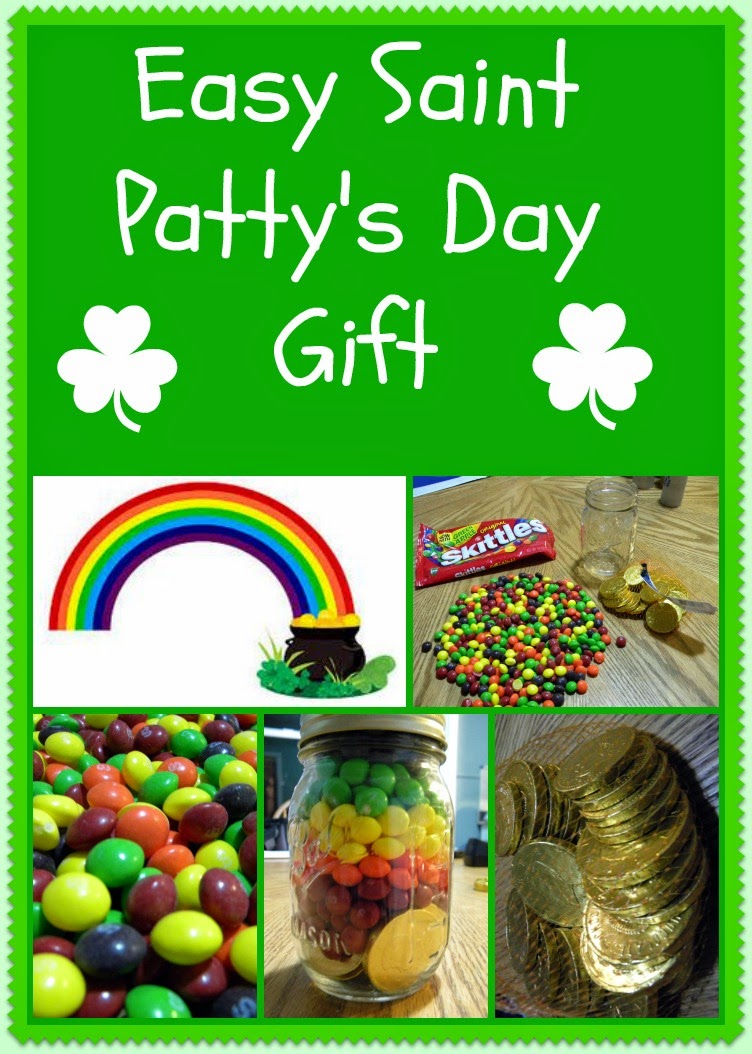 Recently I found a really neat little craft/gift that we could put together for St. Patrick's Day. I was pretty excited about actually finding and completing a project well before the actual date, so I decided to share it here in case someone else would be looking for a cute and quick project.


First of all, we gathered a few supplies: A large bag of Skittles, a quart sized canning jar with a lid, and a bag of gold foil covered chocolate coins. 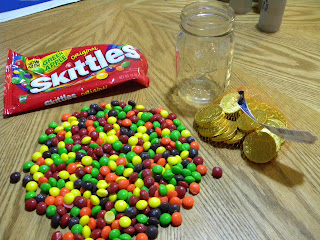 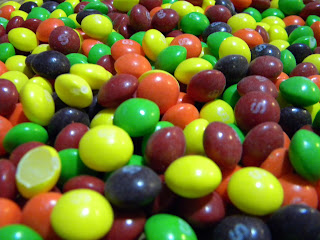 Then I had my little helper sort all the colors into separate piles, to make our job easier. 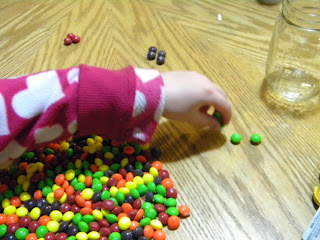 Around here, I typically have to bribe the help, so I let her eat the broken ones!
We still ended up with five nice size piles though! 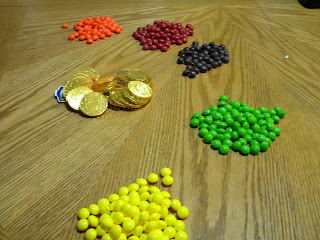 Next, we layered the gold coins in the bottom of the jar, and shook them around so they would settle in nicely. 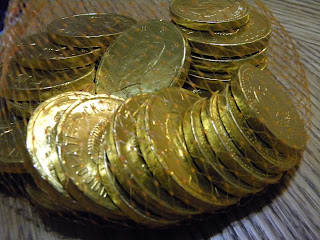 Lastly, we carefully dropped an equal amount of each color into the jar, in layers, to resemble a rainbow.  And there you have it..... a pot of gold at the end of a rainbow - all contained in a jar! 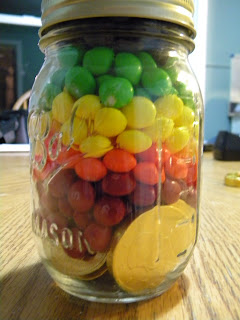 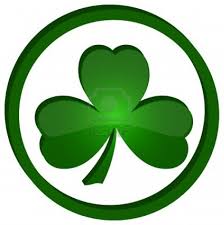 Who was St. Patrick?
(taken from the website of the Bible Baptist Church of Cork)
St Patrick (A.D. 389 - 465) was the son of a church minister and the grandson of a pastor. He was born in Scotland near a village called Bannavem Tabernia, which is now called Dumbarton.
He was carried away from Scotland to Belfast when he was sixteen years old by a band of marauding Picts (or Celts). For six years as a slave he was a shepherd minding sheep on hillsides. It was on these lonely hillsides that he turned to God, it was here that he remembered the Bible words of salvation that he had had previously heard from his youth but had neglected. As a slave he repented of his sinful life and called upon the Lord Jesus Christ to save him. In his Confessions he wrote,
“At 16 ... in a strange land the Lord opened my unbelieving eyes and I was converted.”
It was in Ireland Patrick found God and was saved from the punishment of hell to receive a new eternal life in Christ whom he dearly loved and gave his life to tell others with obedience and zeal that they would be saved also.
He escaped from Ireland and sailed to England where he again was in captivity as slave for a while.
Upon receiving a commission (in a vision) to evangelise Ireland Patrick laboured in Ireland for about fifty three years turning thousands from their pagan religion, which was predominantly druidism, to Christ. Patrick speaks of Baptising thousands of grown men and is credited for starting hundreds of local assemblies.
Patrick's only reason for coming to Ireland was to preach the Gospel to its lost people.
"I testify in truth and in joy of heart before God and His holy angels that I never had any reason except the Gospel and its promises why I should ever return to the people from whom once before I barely escaped."
Patrick, a meek and lowly man with a humble and contrite heart, knew the Lord Jesus and truly believed the Bible. Because of this simple faith in Gods plan of salvation, Patrick is now in heaven, saved for all eternity. The message he once preached is still as new today as it was then in his day.
This message was the gospel of Salvation, which is in Jesus Christ.
﻿
﻿