Building a Salt Dough Map of the Oregon Trail 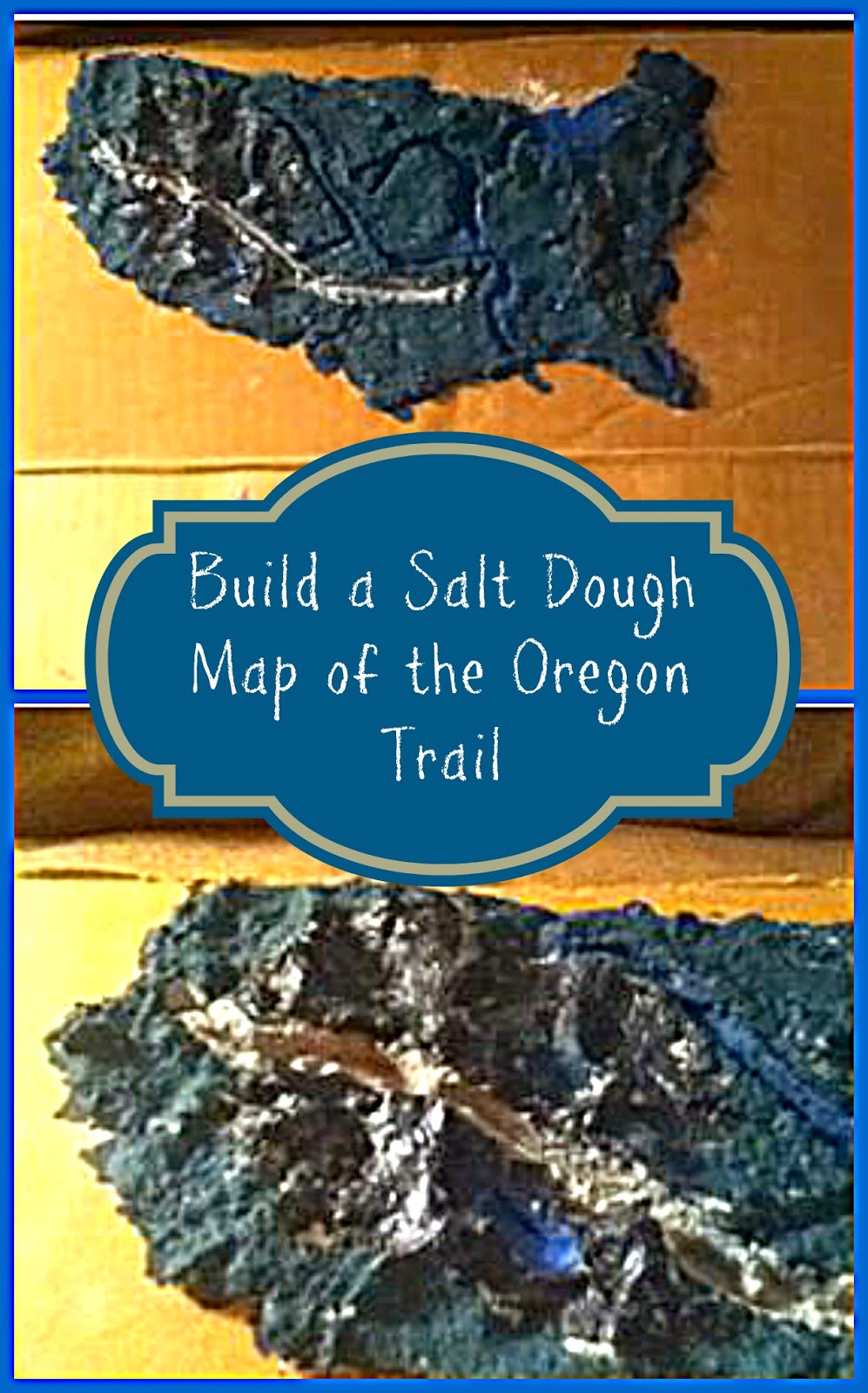 As part of our study on the American Westward Expansion of the 19th century, we have read several books and materials about the Oregon Trail.

In order to illustrate just how huge of an undertaking it was to set out for the West on wagon trains, and to cross over the Rocky Mountains in the process, we decided to construct a Salt Dough Map of the United States, illustrating the location of the Oregon Trail and showing how it crossed over the mountains.

Melissa was amazed at just how far a trip it was, once she figured out the scale of her model in miles! No wonder it took months to get to the West Coast!


Here is a picture of the finished project: And here is a close up of her mountain ranges, with the tan line illustrating the Oregon Trail crossing right through the mountain pass. 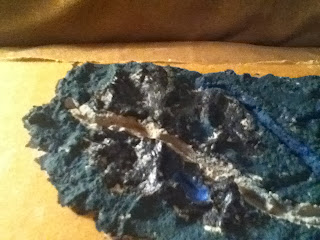 While our Oregon Trail was a little 'south' of it's proper location, it still was able to drive home two very important facts: 1) It was a long trip that covered a large portion of the United States, and 2) Crossing the western mountain ranges was no small feat!

Would you like to make a salt dough map? It's very easy!

First, obtain a piece of flat cardboard, and sketch your outline onto it. For our map, we traced an outline of the US from a map in a book, then cut it out, making a template and tracing it onto the cardboard.

Next we mixed up the dough using the following recipe:

We thoroughly mixed the salt and flour, and gradually added the water a few drops at a time until the dough was moist and flexible, but not watery.  We started out with a half cup of water, but did not even end up using all of it.

We left ours white, then painted it once it was spread out and dried, but another option is to separate the dough into as many colors as you will be using for your project, then mix food coloring in to each dough portion to make 'colored' salt dough.

Once you have your dough prepared, spread it out onto the cardboard outline, taking care to keep the dough from spreading outside the lines. While it is still moist, create the geographical landforms of your map. For our project, Melissa first pinched the dough into mountains both out west and also in the East, to represent the Appalachian Mountains. She also made craters for major lakes, and took the back of a spoon to make straight lines for major rivers, and for the Oregon Trail itself. Although it didn't show up well, she made an X to mark the spot for the start of the Trail in Independence, Missouri.

The salt dough takes about a full 24 hours to dry. Once it is dry, it can then be painted if desired. Melissa painted our mountains brown, prairies green, rivers and lakes blue, and finally she painted the Oregon Trail tan so it would stand out. As an artistic final touch, she flecked some purple hues onto the highest mountains to show "Purple Mountain Majesties".

The project looks really neat when completed. It's a great project because it is a wonderful, hands-on learning tool that doesn't take long to make, and doesn't leave much mess to clean up. This salt dough recipe is really not messy at all! And when it is complete, you can pretend that you are looking at the US from outer space. (That brought a whole different angle to this lesson!)

﻿
Copyright 2012-2013 - "Be The One" - www.aclassofone.blogspot.com  All rights are reserved. No text, photos, or content may be reproduced without direct permission from the author.
Posted by Unknown at 10:44 PM