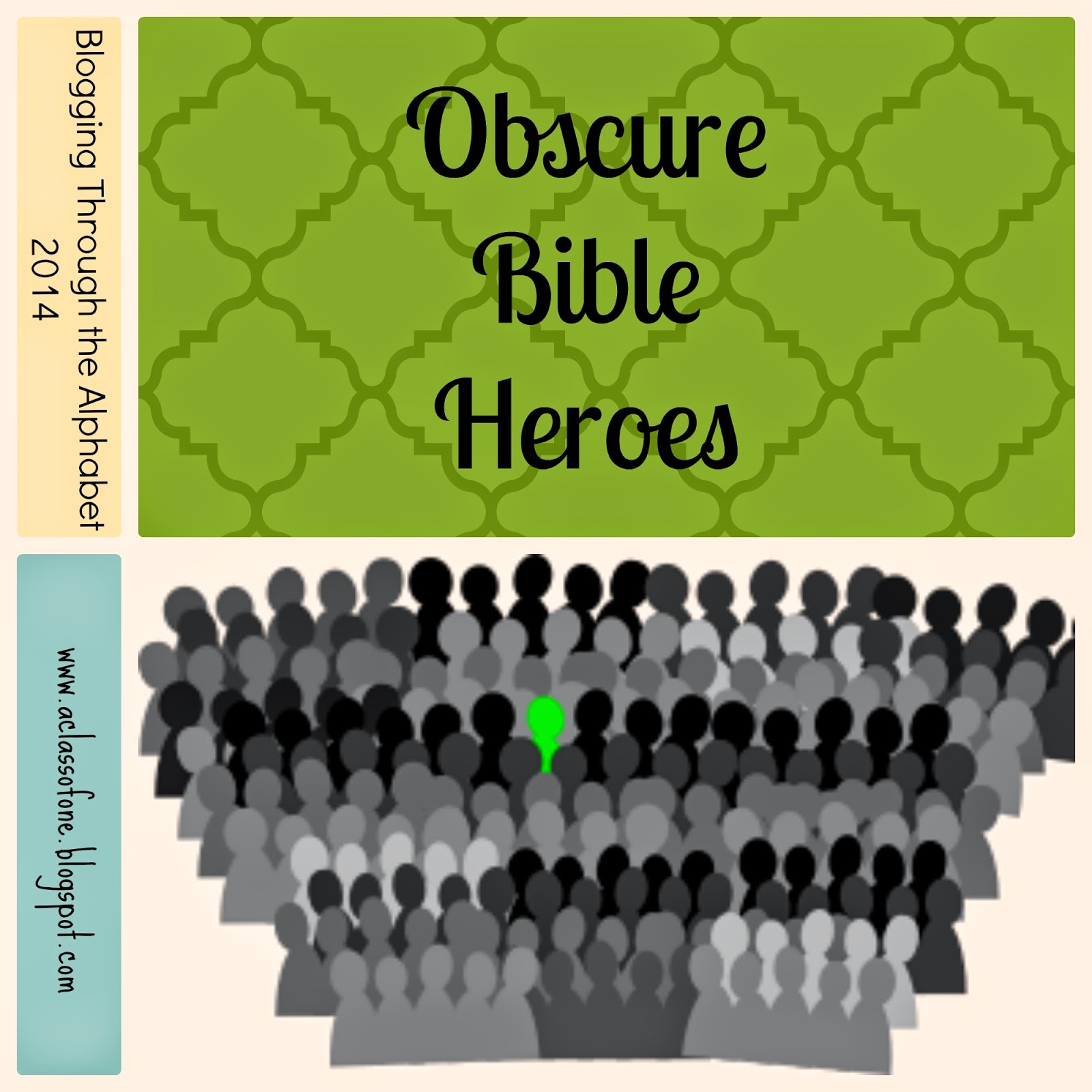 M is for Mordecai

Esther 10:3 "For Mordecai the Jew was next unto king Ahasuerus, and great among the Jews, and accepted of the multitude of his brethren, seeking the wealth of his people, and speaking peace to all his seed."

Mordecai is a true unsung hero. Ask any little girl who her favorite Bible character is, and at least half will probably answer Esther. The story of Esther is a special one: the young orphan girl who is captive in a strange foreign land, and grows up to save her people. There is so much to love about Esther - her determination, her purpose, her wisdom, and her simplicity. In this case, behind a great woman is a caring man - Mordecai - the cousin who raised Esther as his own daughter and instilled these wonderful qualities into her character.

Esther 2:7 "And he brought up Hadassah, that is, Esther, his uncle's daughter: for she had neither father nor mother, and the maid was fair and beautiful; whom Mordecai, when her father and mother were dead, took for his own daughter."

Mordecai had been taken captive along with other important Jewish men, and carried away into captivity. As was the case for many of the Jewish elders, Mordecai served in the king's palace in Persia. He served faithfully, even under trying circumstances, and had the favor of the king.

It is not known when Esther lost her parents. Perhaps it was during the siege of the Jewish homeland, or perhaps later when she was already captive into the land of Persia. What is important to note is that Mordecai took over the rearing of Esther when she had no one else. He instilled such a deep level of character and sense of purpose in Esther, that she was ready and able to not only become the queen in her captive land, but also rise to the occasion and save her people when the circumstances dictated that all the Jews in the land of Persia should be killed.

Mordecai was a man of integrity who sought no reward for himself. His life's purpose was continually wrapped around the benefit of others: the king, the servants, Esther, the Jews. He was a faithful man who did his job well. While he could have been bitter about being a captive in a strange land, he instead decided to quietly save the king's life from a mercenary's plot. He carefully raised up Esther, not knowing that one day she would be the one to save all the Jews from Haman's wicked plot to eliminate them. Instead he thoroughly prepared her for life, never allowing her to nurse a bitter spirit of hatred or revenge towards those who caused the death of her parents.

In the end, Mordecai and Esther were able to establish forever the Jewish holiday of Purim and encourage their people to be more for the Lord.  God used them both in a great way, because of the courage and faithfulness of one man, to do what was right when it was not convenient or easy.

Esther 9:29: "Then Esther the queen, the daughter of Abihail, and Mordecai the Jew, wrote with all authority, to confirm this second letter of Purim"
Esther 9:31: "To confirm these days of Purim in their times appointed, according as Mordecai the Jew and Esther the queen had enjoined them, and as they had decreed for themselves and for their seed, the matters of the fastings and their cry."

May we, like Mordecai, seek peace in our lives, and encourage those under our influence to do the same. While seeking peace, may we also have the courage to not compromise our convictions no matter what the presumed cost might be, always realizing that we were placed in our circumstances "for such a time as this", to bring glory to God, and magnify His name. May we also find someone to invest in, and make a difference in their life, like Mordecai did for Esther.

Copyright 2012-2014 - "Be The One" - www.aclassofone.blogspot.com  All rights are reserved. No text, photos, or content may be reproduced without direct permission from the author.
Posted by Unknown at 2:00 PM