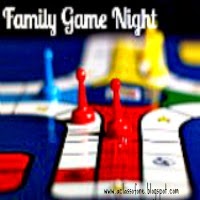 This month I am posting about another short and sweet game that can be enjoyed by multiple ages.  If it seems like I am continuously posting about "quick' games....well, that's the kind that work out best around our house! Often Dad would like to do a little something with the girls just before bed. Everyone is tired, and has had a busy day, so quick and simple games that don't require a lot of preparation and have a definite ending work out the best.

This month's game is called "Scribblish". It comes from the line of Cranium games, and everything you need to play is included in the box, except for a handful of pens or pencils. 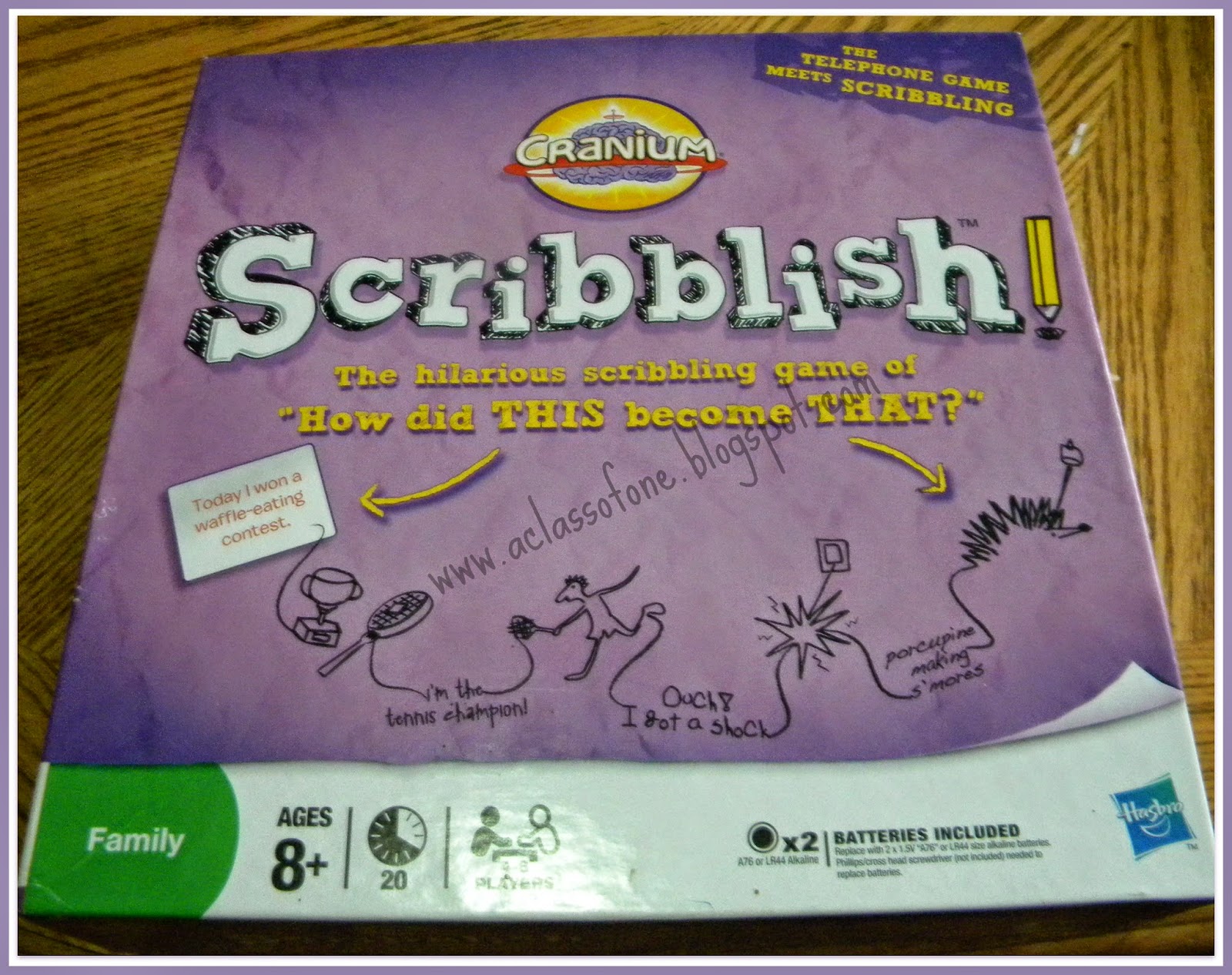 Scribblish is a short game that describes itself as "The telephone game meets scribbling". The point is to use words and pictures to describe short statements before time runs out.

To play Scribblish, gather the family around (the more people that play the funnier it is) and make sure everyone has something to write and draw with.

Here are the game pieces that you will use during play: 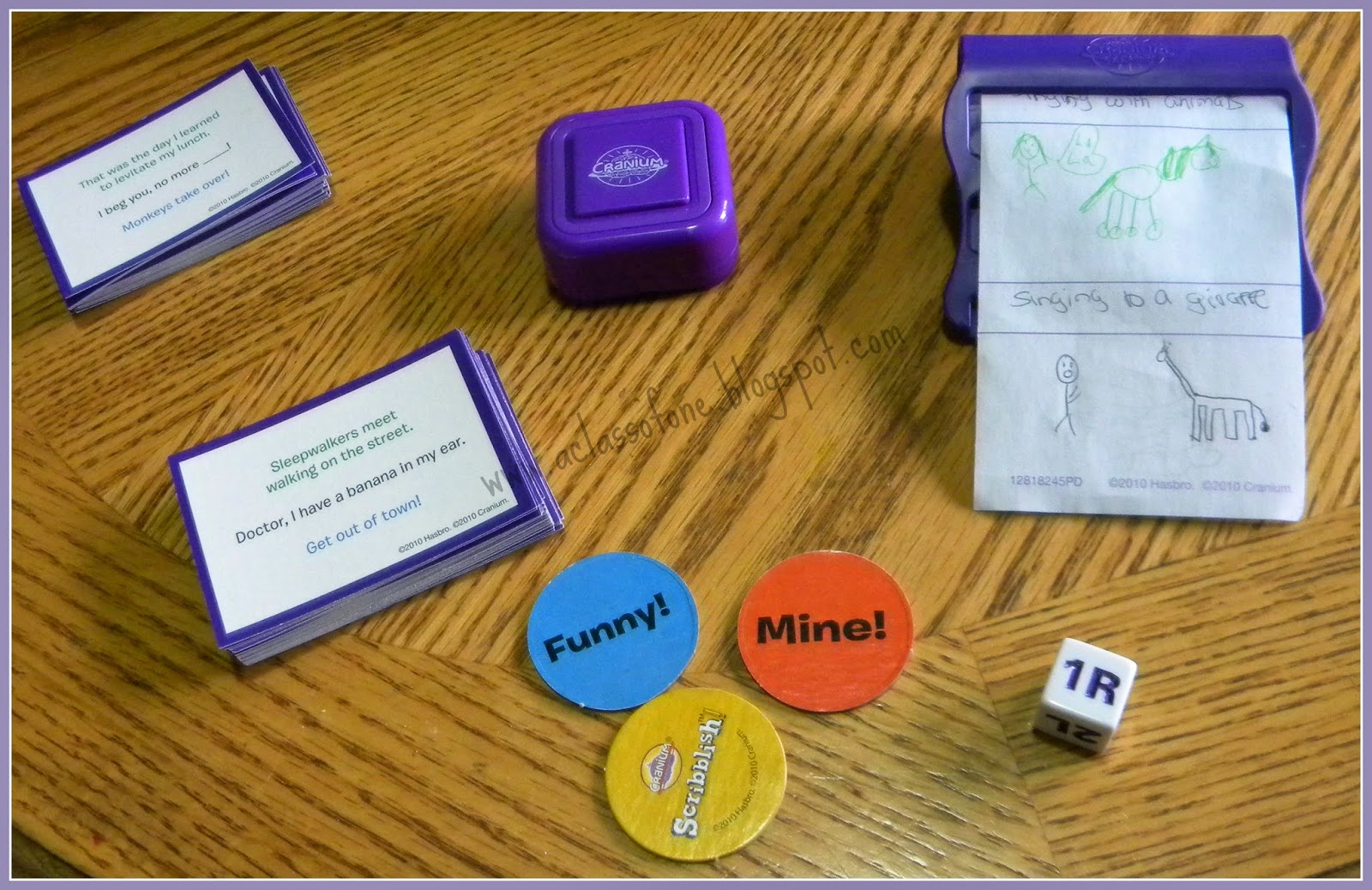 Each player receives a long strip of blank paper, that is already divided into sections. Then each player draws a card and selects a funny statement off that card. (Don't share your statement with any other player though!) 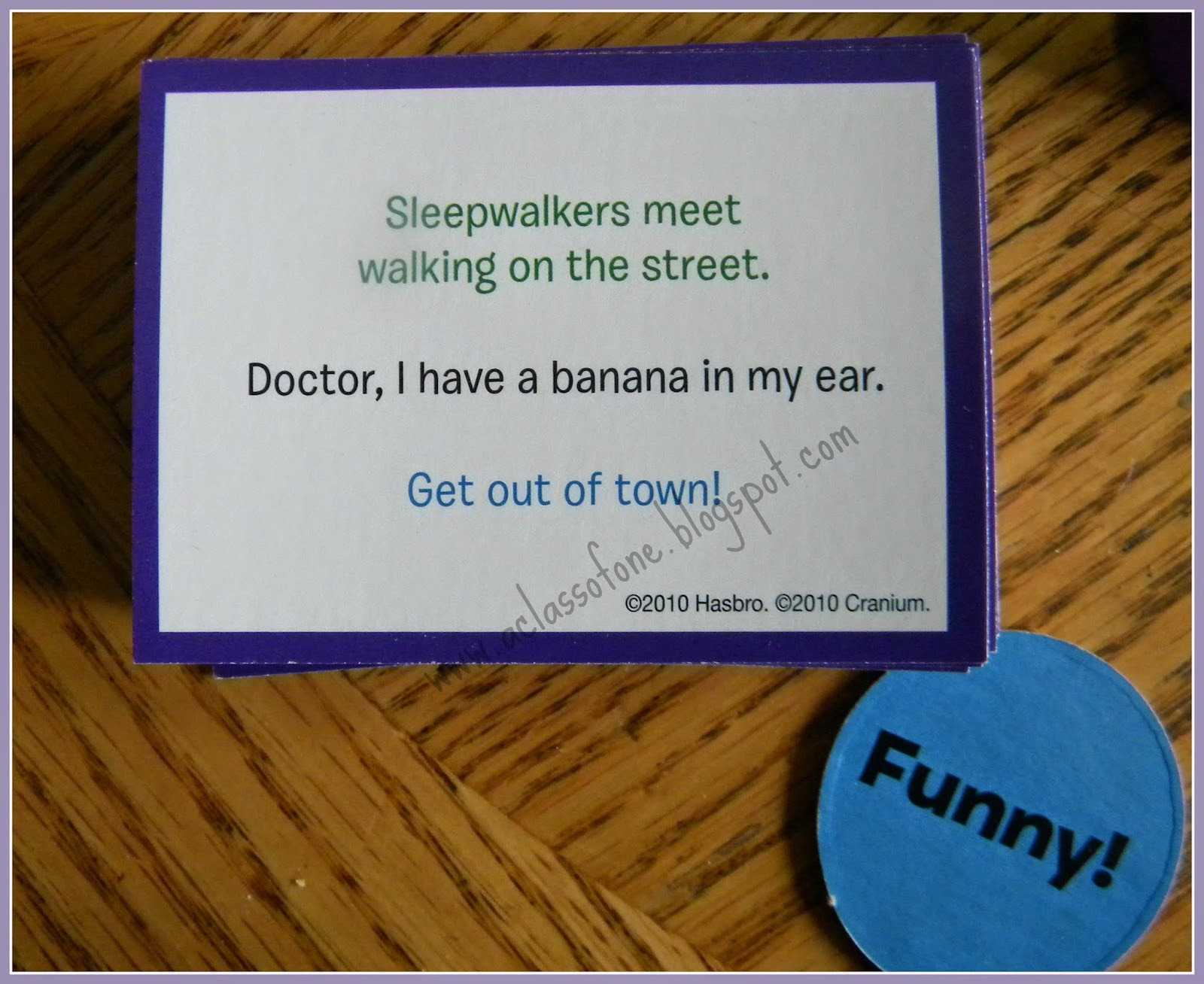 Roll the strip of paper into the holder, so that the first section is accessible. Using the timer, players have a minute to draw a scribble picture, depicting the funny statement on their card. Once the timer beeps, players roll the strip of paper inside the holder, so that only their last picture drawn is visible to the next player. This will leave a small caption strip available for the next player to write a statement that he feels describes the picture that was drawn. The process gets repeated until every section of the strip is filled.  Players only see the one previous statement or picture, and write or draw something to describe it.

The dice is used to determine which way the holders are passed around the table. It could be 1 player or 2 players to the left or to the right, as well as a mad scramble, where all players put their holders in the middle of the table, scramble them around, then choose one out of the pile.

Players then remove the strips from the holders and check to see if their guesses were correct. The person who received "funny" tokens on their drawing gets to keep them.

We typically play for the laughs and not for points, but there is a way to keep score using a points system with the tokens.

Here is an example of a completed strip from a recent round of Scribblish:

While the pictures in this one stayed similar, sometimes the statements get so crazy that the illustrations soon follow suit, and it is almost impossible to guess which one was actually the strip that you started off with! Our family has played this until we cried with laughter....It's a very fun and hilarious game, and a complete round can be over in about 15 minutes.

Here is a link to my Amazon Affiliate account if you are thinking of purchasing this game:


Check out some of my fellow bloggers links to their favorite family games!
Posted by Unknown at 10:28 AM