Blogging Through The Alphabet - S

S is for Satire
As Laura finished English 10 this past Spring, one of her final writing assignments was an essay demonstrating satire.
The basic definition of satire is "using ridicule to expose truth".
When the satire essay was complete, we all had a few laughs over it. At that time, I was already well on my way to 'blogging through the alphabet', and Laura asked me to please reserve "S" for her satire essay. So here it is!
* - Disclaimer – all facts in this essay may or may not be true since they were taken from the Internet.
In the past few months, I have noticed a significant agenda in the U.S. government to make guns illegal. These politicians are using recent events in America to justify this bill. For instance, the shooting in Connecticut, and the Mother’s Day parade shooting, are just two examples of these kinds of events.
I recently saw a few statistics which called for some popular products to be made illegal. The first statistic I would like to state is that: “A toothpick is the object most often choked on by Americans.” This stat leads me to believe that toothpicks should not be legal. If thousands of people in America are almost dying from this object, shouldn’t the government ban them?
I also saw another stat that stated: “More then ten people a year are killed by vending machines.” When I first saw this, I was horrified, because of the fact that vending machines are in almost every public building which increases the rate of possible deaths to hungry Americans. My suggestion would be to ban vending machines in public places so as to keep the general population alive, and just possibly cut down on obesity in the United States.
﻿

﻿
The last most terrifying fact that I read is as follows (get ready for this): “Each year, there are more then 40,000 toilet related injuries in the U.S.” Although I do not want to know how people are injured by their toilets, I am terrified that “I might be next!” What if toilets were invented on Mars by an alien to destroy the good citizens of America? I daresay that toilets are more dangerous then guns, and that the only way to stop the evil inventor of toilets from taking over the world is to ban toilets from an American’s everyday life. I mean “Who really needs a toilet anyways?”
﻿
These are the products that I think should be banned in our lives instead of guns.
In all seriousness, drunk drivers kill thousands more Americans then guns ever have, so shouldn’t we ban cars? Or better yet, ban alcohol form being consumed? I suppose that my main point in writing this essay is to get the reader to use his God given common sense, and to think. Just because the government says something is detrimental to society, does not actually mean that it is. We just need to think. 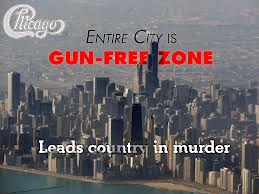 Photo Courtesy www.flickr.com﻿
﻿
Copyright 2012-2013 - "Be The One" - www.aclassofone.blogspot.com  All rights are reserved. No text, photos, or content may be reproduced without direct permission from the author.