Blogging Through The Alphabet - I

I is for Israel Independence Day 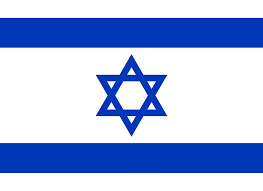 On May 14, 1948, Israel was recognized as an official nation. After many generations of wandering and longing for a homeland, they finally were able to gather back into the land called Palestine at the time, and declare an independent Israeli state as a homeland for the Jewish people. This declaration, of course, was immediately followed by the Six Days War with all the people who did not agree that the Jews should have their own homeland, and fought against the fledgling nation.
During the following year, the United Nations officially recognized the nation of Israel as an independent country, and they were able to celebrate their independence the following May 14, 1949.
It has now been sixty-five years since the nation of Israel became an independent nation in their own homeland once again.  May God continue to bless His chosen people!

Interesting! A list of sixty-five facts you didn't know about Israel!

Often in the media today we hear of the struggle and disagreement over whether Israel should be a nation, or should continually give up more of their land for supposed peace and cessation of terrorist activities done against them in their homeland.  Our duty, especially as Christians and Americans, is to stand in defense of Israel and pray for them!

1 Samuel 12:22-24 - "For the Lord will not forsake his people for his great name's sake: because it hath pleased the Lord to make you his people. Moreover as for me, God forbid that I should sin against the Lord in ceasing to pray for you: but I will teach you the good and right way: Only fear the Lord, and serve him in truth will all your heart: for consider how great things he hath done for you."


Here is some interesting information....

Below is a map of ancient Israel, taken from the Israeli Ministry of Foreign Affairs Website.  This vaguely shows the extent of Jewish held lands according to the promises of God in the Old Testament. (Current borders are outlined in green, inside the blue area). 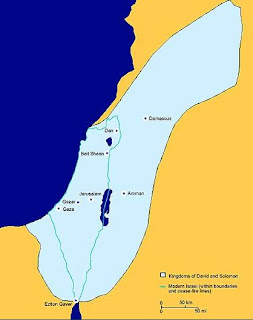 Next is a map showing the current borders of Israel. As you can see, it is greatly decreased, and Israel is under constant pressure to give up more land for empty promises of peace. 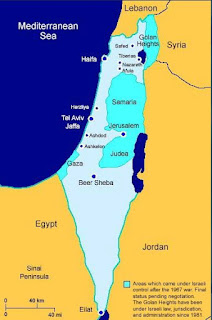 The areas in bright turquoise are the currently disputed land areas that Israel is being pressured to hand control over to the Palestinians. The nation of Israel is a tiny country, only about 290 miles long and 85 miles across at it's widest point.

If you would really like a blessing, please click the video below and listen to the national anthem of Israel. The video also contains the words in both English and Hebrew.


Copyright 2012-2013 - "Be The One" - www.aclassofone.blogspot.com  All rights are reserved. No text, photos, or content may be reproduced without direct permission from the author.


This post is linked with "Blogging Through The Alphabet"  at "Ben and Me."
﻿